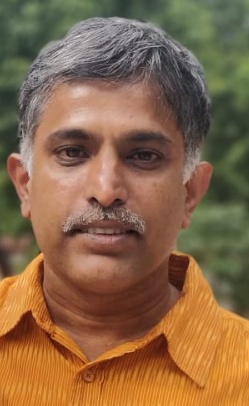 Prior to joining AUD, Prof. Babu was Director, School of Interdisciplinary and Transdisciplinary Studies, IGNOU, where he joined as Associate Professor in 2009. At IGNOU, he was the Coordinator of Masters Programme on `Labour Development’, an on-campus, face-to-face programme – during 2009-2013. During 1998-2009, he was Associate Fellow / Fellow at the V.V.Giri National Labour Institute, NOIDA and was the Coordinator, Integrated Labour History Research Programme and Archives of Indian Labour (1998-2009). At the Institute, he had also served as Coordinator, Centre for Agrarian Relations and Rural Labour and as Coordinator, North East Research Programme. Earlier, he had also briefly worked as Project Associate (Centre for Development Studies, Trivandrum) and as Lecturer in Economics (Newman College, Thodupuzha & Nirmala College, Muvattupuzha, both in Kerala). During 1987-1994 (in three short stints) he had also worked as a Primary School Teacher in Kerala.

Prof. Babu is a researcher in labour studies, with a track record of more than two decades. His doctoral dissertation was on `labour and livelihood issues of small holding rubber tappers in Kerala’. Subsequently, he had carried out more than a dozen research studies, focusing on areas including: informal sector and livelihood issues, social security, labour in BPOs/Call Centres, work/workers in media, industrial structure and labour in automotive sector, rural/industrial labour relations, new patterns of internal migration and social exclusion of migrants (with special focus on the cases of North East Migrants in Delhi and Long-distant migrants in Kerala). He has also been actively working on various research methodologies – qualitative, quantitative and interdisciplinary.

Articles in Journals and Edited Books:

Working Papers (Based on Completed Projects/Talks):

Regular Column on Labour History – “Labour in Those Years” in `Labour File’, a bi-monthly journal of labour and economic affairs (from 2005 to 2014)

Publications in Newspapers and Periodicals